Only took pictures on my phone today, but have decent wifi! So you get to actually see some photos! Still absolutely planning to fill in the missing days. 🙂

I haven’t been feeling well – not food/water poisoning, just my body confused why I’m not eating fresh veggies and berries all the time and instead noodles and fried things sometimes – so I haven’t been doing much with my days the past couple of them. I have also not been able to eat a lot which is not good for me personally! I already have to be intentional about my daily foods because I lose weight so quick if I don’t pay attention and don’t eat enough.

ANYway… We went to a vegetarian restaurant for lunch because I felt up to it! And it was so SO delicious. It’s been one thing to eat vegetarian at regular places but another to eat at a specifically vegetarian place. The options are much more creative.

Then we went to this amazing gelato place recommended to us by a guy at the front desk of our hostel (we went there last night too, haha)! 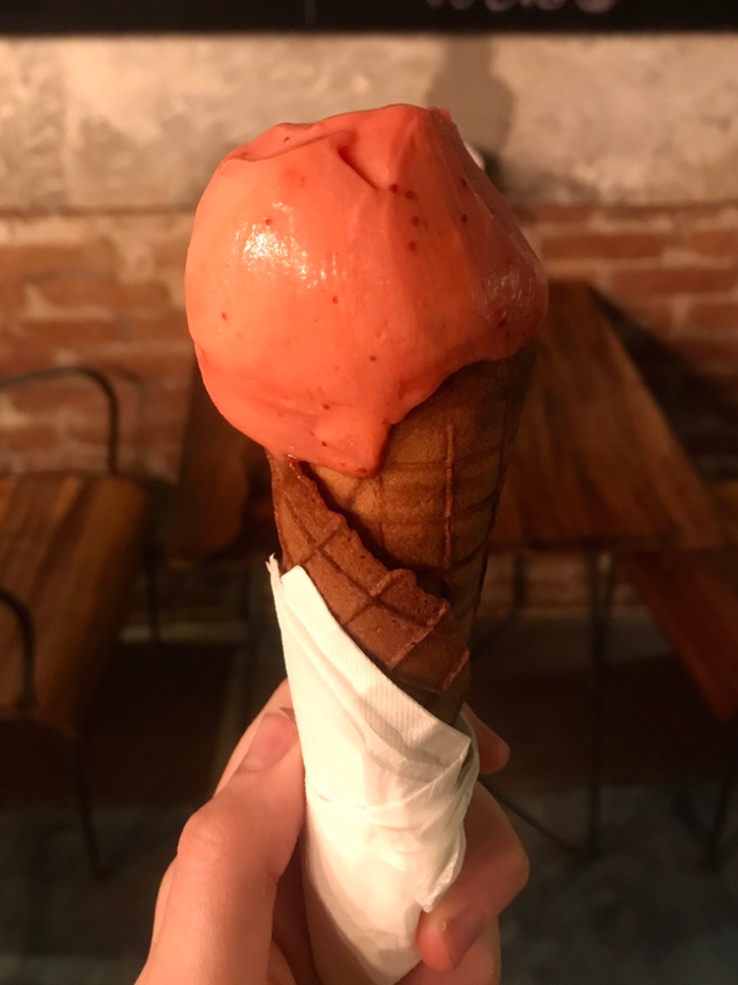 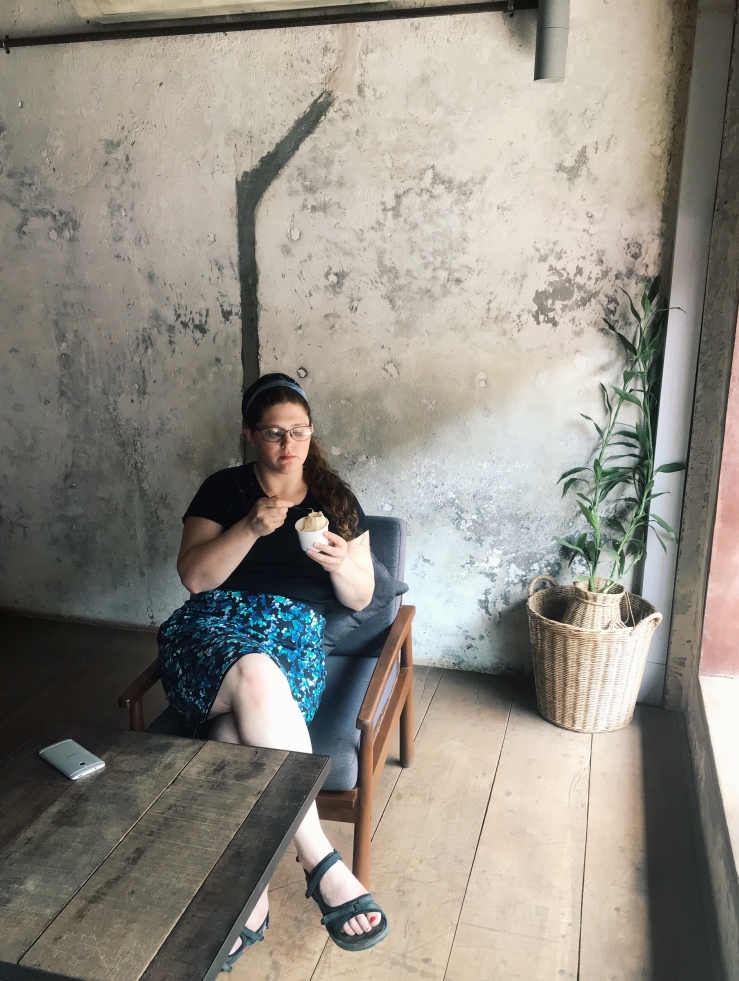 I got strawberry sorbet – best I’ve ever had – and Jennifer got two flavors – caramel salted butter and coconut. On top of the amazing made-in-house gelato, they make their own ice cream cones and I got one fresh off the waffle press!

Cool view from the gelato place. It was down a little alley – they are all over the place here. It felt secluded from the city!

We got on a bus and took a 3-hour ride to Battambang, which is a bit southwest of Siem Reap. Have I mentioned the adventures with tuk-tuks yet? I’ll try and get a specific photo of one on here, although they have been in my photos before. But they’re a fun mode of transportation that also drives us nuts: walking down the street, it’s impossible not to have tuk-tuk drivers come up to you (constantly) trying to get you to ride their tuk-tuk. It’s not in a creepy way, it’s just their hopes of winning you over out of all the tuk-tuk options. But it makes walking down the street a process of saying “no thank you” a bazillion times.

Anyway, so we pull up to the bus stop in Battambang and there are about 20 tuk-tuk drivers inched from the bus, holding signs boasting their low prices and hotels they want us to go to. We found one who wasn’t too ridiculously pushy, but knew what we were in for – they charge you a low rate to get to your hostel but then try and convince you to book a tour with them the next day. And while I know that they know their stuff and a personalized tour is cool, obviously we have different plans and so we had to convince him that a drop-off is all we needed and wanted. He tried to make us feel bad but it doesn’t bother me anymore – it’s normal!! 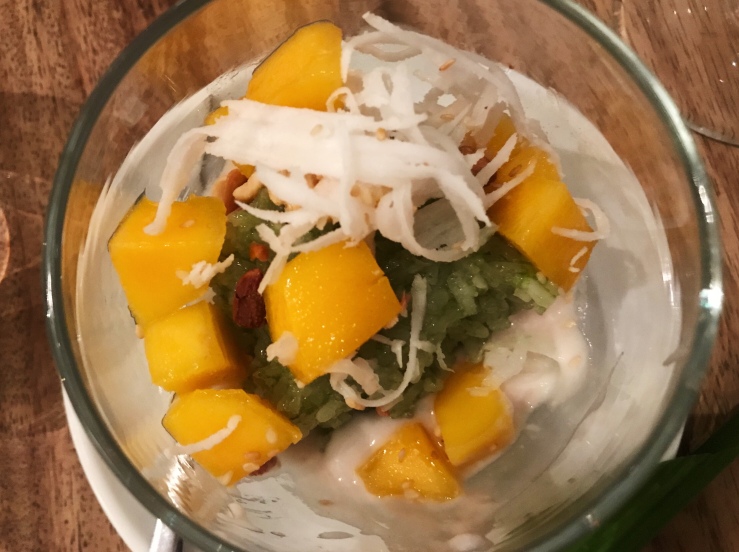 So we had dinner at what is said to be one of the best restaurants/food in Cambodia!! I recently realized how important it was for me to experience some nicer food, since I love food and it’s so much less expensive here than in the states. So I’ve done some research and found a few places. This restaurant is called Jaan Bai, and we got the recommended set course meal – 6 courses, a glass of wine, and tea or coffee with dessert. I forgot to take a picture of the curry dish but I got everything else. It was absolutely amazing food!! I almost never eat out at home, and when Kyle and/or I do it’s never anything expensive. So I am not used to a culinary experience like this and let me tell you, I loved it. This meal was $18.50/person, which is VERY expensive in Cambodia, but obviously nothing compared to what it would’ve been in the states. Very very well worth the money and time. 🙂

Okay, so clearly these photos aren’t great, but I had to capture it somehow: the super blue blood moon!!! I LOVE astronomy (NOT to be confused with astrology) and this is the first time in 150 years that the three events lined up: a super moon, which is when the moon orbits closest to the earth and looks about 14% bigger; a blue moon, which is when it is the second full moon in a month; and a blood moon, which is a total lunar eclipse – the earth getting in between the sun and the moon. It was gorgeous and I’m so glad we are traveling in a part of the world where we could see it!! We were in the area of totality along with the states, so I feel incredibly lucky. I live for these events (the solar eclipse was one of the most significant experiences I have EVER had in my entire life) and so I was too enthralled to even express my awe and excitement. So thankful and in love with our night sky!