Today we went to the Tuol Sleng Genocide Museum. It’s what it sounds like.

Cambodia had its own holocaust – about 3 million people were killed – and Americans aren’t really taught anything about it. I’d never heard about it and I couldn’t believe I hadn’t. 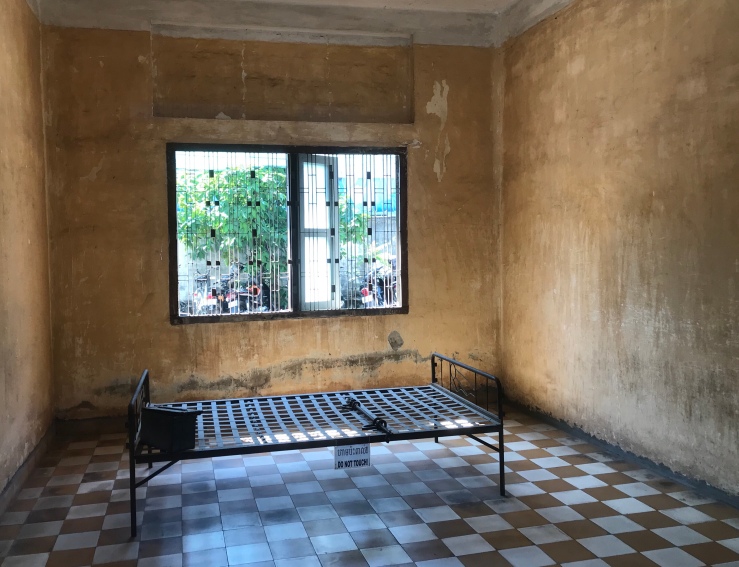 I won’t go into a ton of details. But from 1975-1979, the Khmer Rouge regime tortured and killed innocent Cambodian people soon after the Khmer Rouge won the Cambodian civil war. The victims were charged with many crimes against the regime, and if people appeared particularly wealthy or educated they were even more likely to be imprisoned bad eventually killed. The torture methods were horrendous and at the S-21 prison alone, where the museum is, between 17,000 and 20,000 people were tortured and killed.

The writing in this room was really powerful to read.

We then went to the Killing Fields. It’s also what it sounds like. 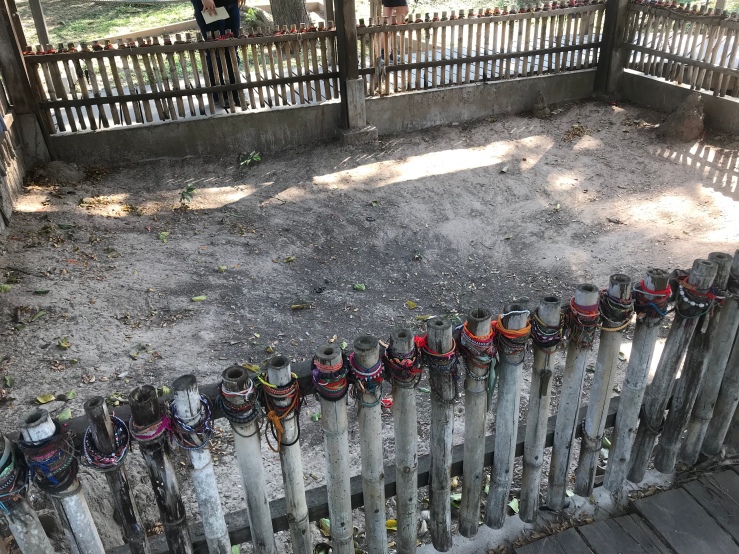 This was one of many “graves” found – an atrocious number of bodies were buried in each of these places.

I won’t share what this tree was for but it’s beautiful honored with these bracelets.

More space where bodies were placed.

This image above is very disturbing but it’s reality. If you’re up for it I highly encourage you to research the Khmer Rouge regime. Heavy stuff but we can’t ignore that it happened.

We also learned more about the Cambodian culture – this unbearable past that isn’t so far back has definitely put a kind of love and bond within the Khmer people. It’s much easier to understand the difficulties the country has in regards to corruption and chaos and poverty. Realize that this holocaust slaughtered nearly a third of Cambodia’s population in the 70’s. There are few survivors but there are still people who were both prisoners and part of the regime – and thousands of people who have family and friends who were killed – who are still alive and still have these memories fresh in their minds and hearts.

There were a lot of hopeful messages towards the end of the sites. It’s so sad and angering that I never knew about this before and I’m glad we got to go. And I do have hope for the continuing healing in the hearts of the people of Cambodia!

A super kind Tuk Tuk driver took us to both locations, back to our hostel, and then to the airport for us to head to Da Nang, Viet nam. (It’s separated into two words in the country.) A lot lot lot of time spent in traffic – Phnom Penh is very populated and busy!

A kid grabs some gasoline to fill our drivers motorbike.

After an action-packed semi-rush from one flight to the next, our second flight is now delayed by 90 minutes and that’s how I got time to post this! Haha!

Here’s hoping it doesn’t get delayed any longer! 🙂