Yeah, I’m still alive! “Missing” posts are on their way.  Drafts are all sitting here and have been unable to publish, but our current hostel finally has good wifi. So they shall be filled in over the next week. 🙂  I am going to publish them as day-of, so remember whatever information I share is specifically as the day happened and not in retrospect.

My camera bag (yes, with the camera inside) is MIA. It has been so since we arrived in Hong Kong on the 12th.  It has been too devastating of a process for me to talk about, but that’s the reason why all my posts have been iPhone photos. There’s a chance I’m going to be reunited with it tomorrow, but we shall see. Until then I won’t be too hopeful nor share the story!

Our main objective of the day was Victoria Peak.  We headed out in the late morning at first, but realized it was going to clear up in the afternoon so we decided to relax and catch up on some planning stuff.  But I did find a cool bakery: 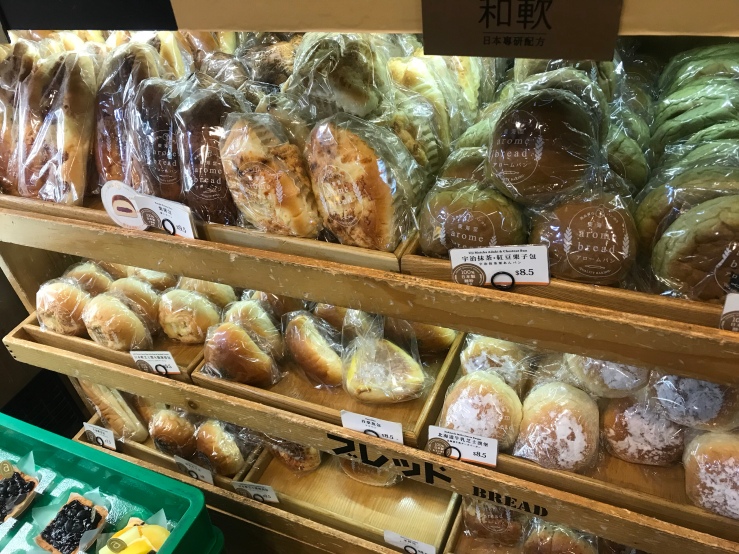 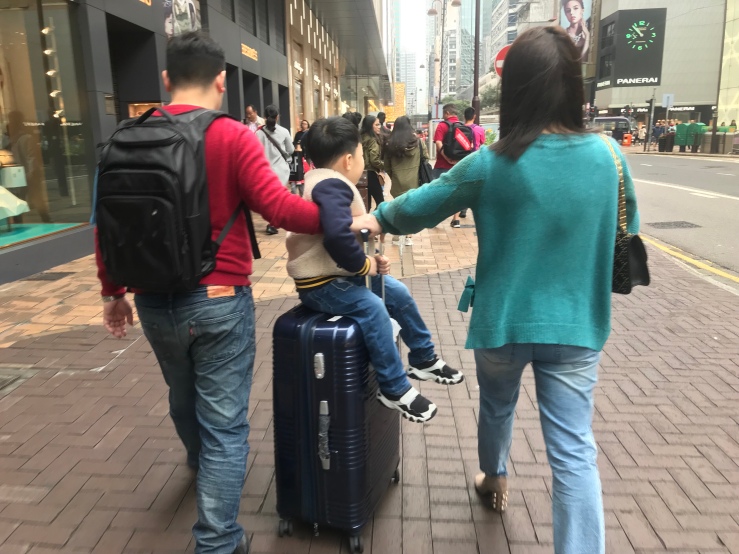 I wanna ride a suitcase!

Below are some pieces of jewelry with emeralds and diamonds. They are all tens and even hundreds of thousands of dollars (realize that necklace is over $400k in USD) and I was utterly fascinated by how expensive such a small, unnecessary thing could be. I know that people come to Hong Kong to shop, but still. WOW.

The view from our hostel, by the way:

There is a group of guys in their early 20’s who’ve been staying the whole time we’ve been here thus far, some of whom have gone out partying pretty much every night. This has meant there is a dude (or two or three or four) passed out all day in their bed or on the community couch.  I get sad for them when I really think about what they’re doing with their travel time (and to their body), but moments like these are funny too.

Cute little paper taped to a pole at the ferry station:

AND THEN we went up to Victoria Peak!  We took a bus – a double-decker bus that felt very tippy and was driving on a road with very little space to between us and the steep drop down the mountain, which was kind of a thrill and actually fun – and then hiking around for a while. 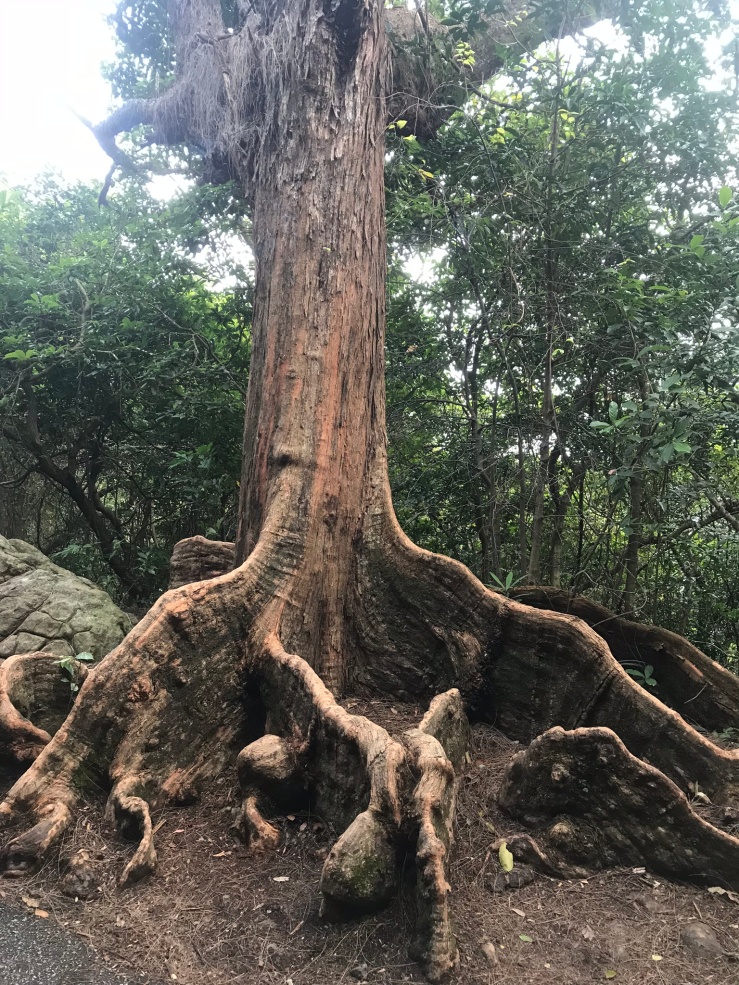 Beautiful trees have been EVERYWHERE.  I know that the PNW has incredible trees too, but the tropical woodsy trees have just been amazing.

(note: that weird glow that happens in my iPhone pictures from bright sky is caused by my ultra waterproof/drop proof phone case. Just fyi. The iPhone 7 camera has better quality potential, so don’t judge the phone by my photos. Why I am advertising for Apple I don’t know, but whatever. haha)

The view of the city was stunning despite all the fog. 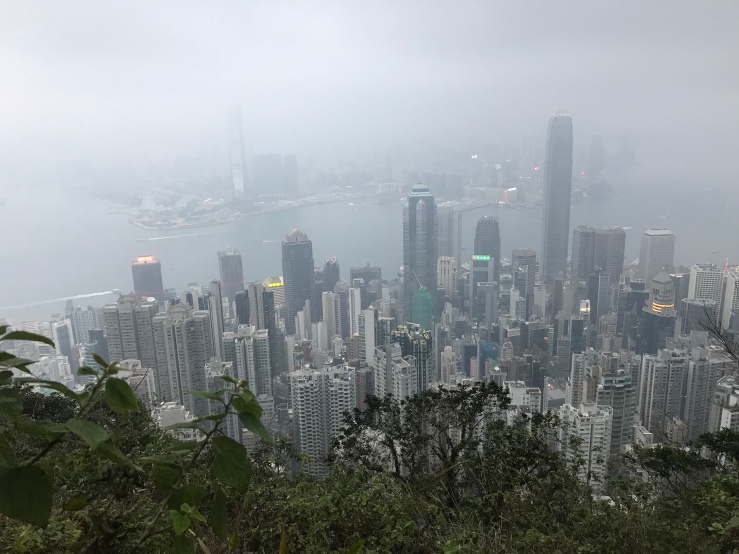 It was chilly by the time it got dark and I had a sudden craving for french fries (when that happens it’s usually because I have been very deprived of enough calories) so we went into the little mall sort of thing at the Peak.  And I found Hong Kong’s bubble waffles!!!  They are titled “Eggettes” and are made on a really cool waffle iron.  It was vital for me to try one because my mom got inspired by photos online of the Hong Kong waffles, and it even led her buy her very own bubble waffle maker. (she makes bubble waffles as delicious as the pros, by the way.)

By this point it was dark and we went back out to a good spot to view the city.  Seriously incredible.

We took the famous tram down from the Peak. And holy COW it was such a steep ride! And so much fun!  The bus earlier was on a winding road for a good distance (it took an hour, though there was some traffic), but this went straight down to sea level.  It was very hard to capture just how steep the ride was, but I was standing up straight when I took this photo and it even got steeper than this:

I hadn’t wanted to stand when we were getting on, but I’m glad there was no room left to sit because it was quite fun standing at a 45-degree angle on a train and it really gave me the feeling of the dropping altitude!

Super cool building that lights up in fun patterns at night:

I have called it Jennifer’s building the whole trip because she was notably impressed by it the first night when we looked out across the water at the city. 🙂 Also, it’s got a neat reflection of another building.  Hong Kong at night is seriously so enjoyable.