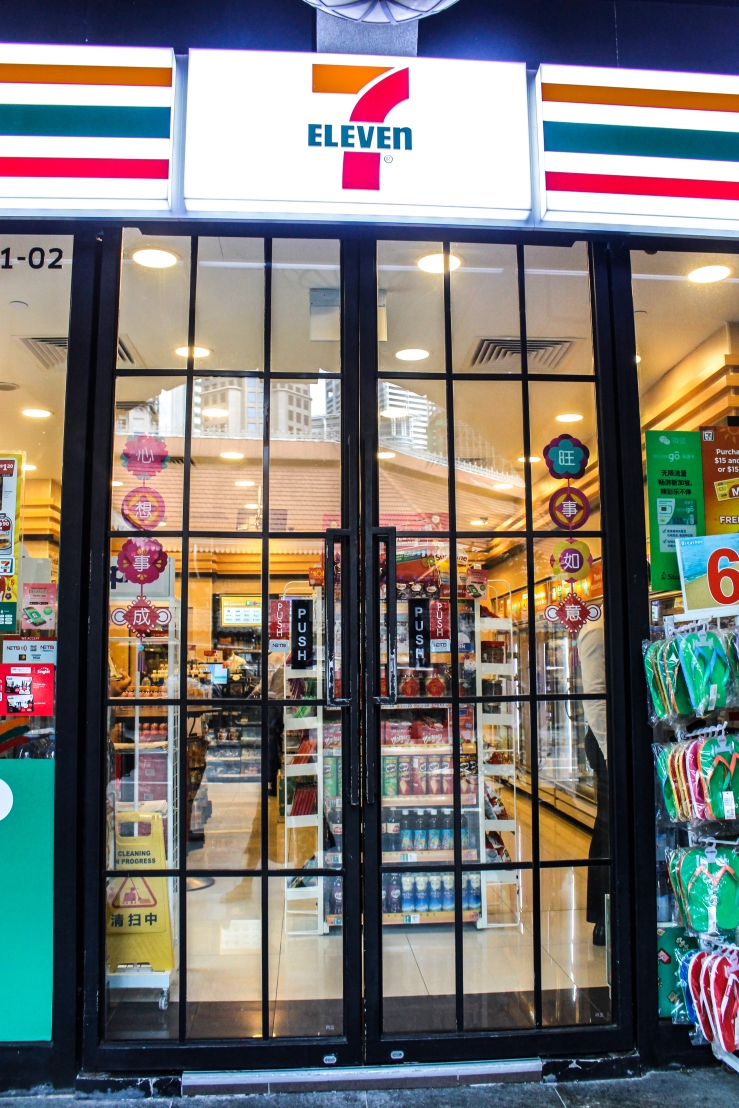 …have I mentioned how thankful we’ve been for 7-Elevens? I know it may sound lame that we’ve gone there so many times but it’s been a reliable source of water and other necessities. It’s weird that they are everywhere, but has been a really nice constant.

We went to an Indian restaurant around the corner from our hostel in Little India.

I was so hungry that I almost forgot to take a picture of my food, but I had vegetable Biryani (I was able to find something vegan! it’s really not been the easiest thing) and got a photo of it a bit late. There was a lot more on that plate, but at least I captured a little bit of it. 😉

Jennifer gave me permission to post these, don’t worry: 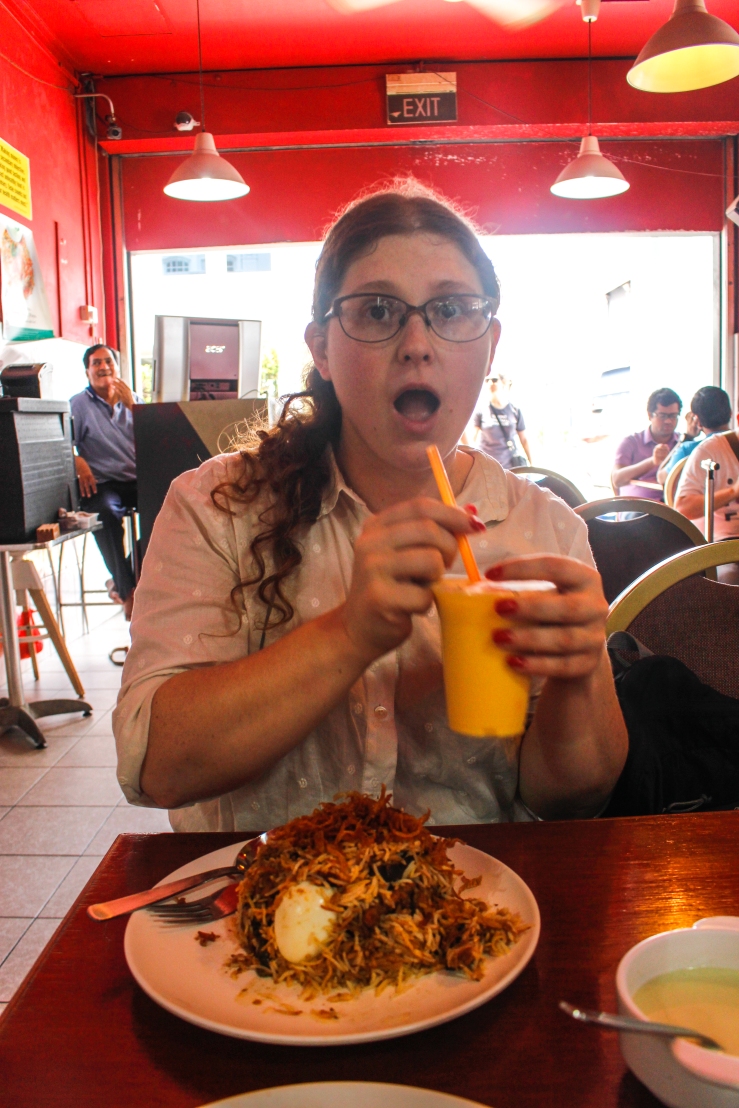 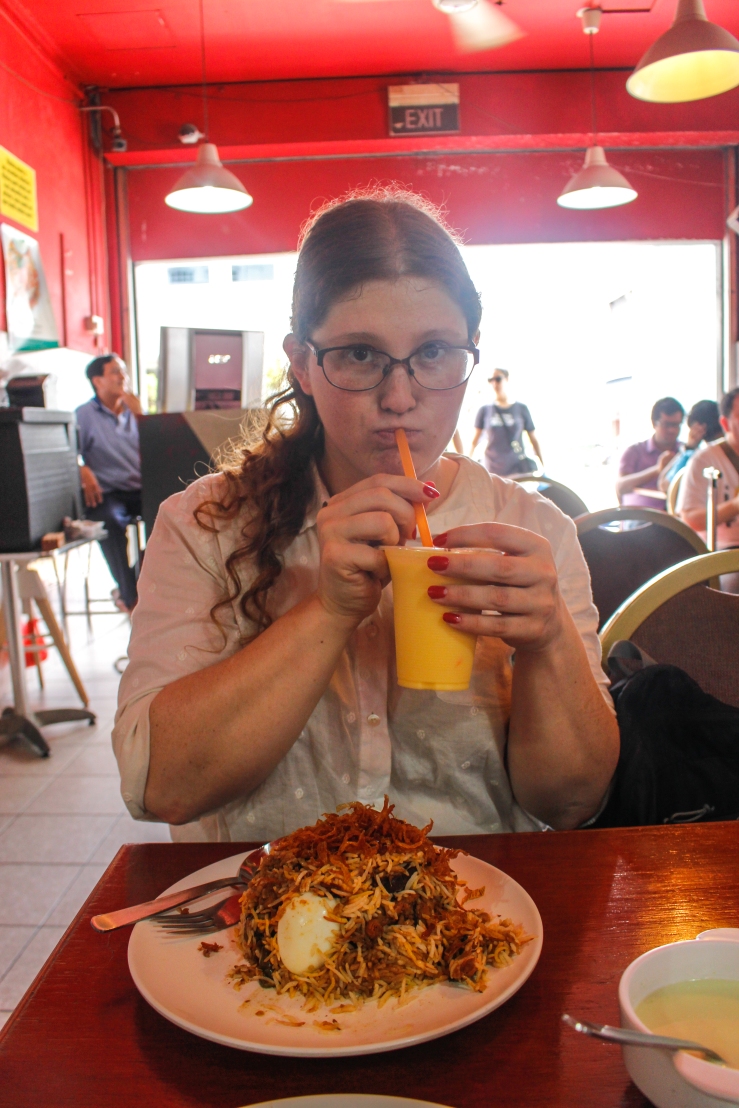 I think it captures one aspect of her personality quite well. Haha! 🙂

We wandered around Singapore… it’s a really beautiful city and we are excited to be here for a week! It reminds us both a little bit of Seattle.  That may not show in the photographs, but that’s what it feels like being here.

We walked through a mall with really cool architecture and decor.  I found it fascinating to people-watch and observe culture in such an expensive environment (all the shops were high-end).

On our way back we found ourselves in a Chinatown. So many colors and decorations, especially for Chinese New Year! 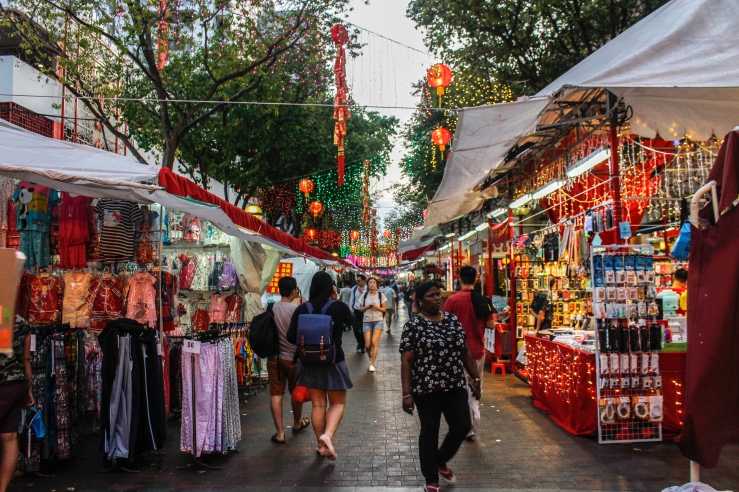 Cool lights on building at night: 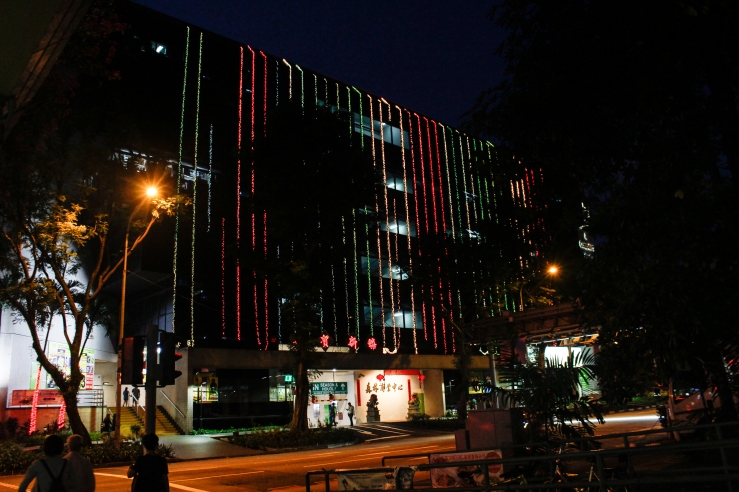 It’s going to be a great week 🙂